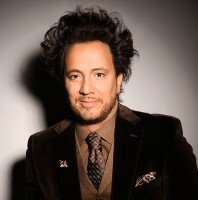 has often been described as the real-life Indiana Jones. As a trailblazer he is changing the way the world thinks about the Ancient Astronaut Theory.

Giorgio A. Tsoukalos is also Erich von Daniken’s official representative in the United States and the rest of the English-speaking world. For over 10 years, Tsoukalos has been the Director of Erich von Daniken’s Center for Ancient Astronaut Research (A.A.S. R.A. – Archaeology, Astronautics and SETI Research Association). He is also the Publisher of Legendary Times Magazine, the world’s only and definitive Ancient Astronaut research journal.

Tsoukalos has traveled the world extensively (54 countries …and counting). Today, he is one of a few people who have actually visited and explored nearly all the mysterious places our planet has to offer. Giorgio has conducted and participated in several risky expeditions and adventures to the remote corners of the planet in search of the mysterious. In his undying quest to uncover the Truth he has traveled hundreds of thousands of miles, seeking out strange archaeological artifacts and monuments which will further strengthen his research. Over the years, he has gained first-hand access to, photographed and measured ancient artifacts and other archaeological relics not currently accessible to the general public.

“Many of those looked like insects and fish. However, out of those hundreds that they found, they also found about a dozen that are eerily reminiscent of modern-day fighter jets. They have a triangular shape. They have an upright tailfin, stabilizers and a fuselage. And they have nothing in common with anything similar in nature.”

“It's a very specific reason why all of this stuff was built in stone: For posterity. So it would last. So that a future generation would have to stumble across these monuments.”

“We are that society who can look at these ancient monuments and finally recognize that all of this stuff was built as a message for us to see that our past is way different than what we're being taught in school.”

I believe that the aliens aren't actually aliens but earthlings from ancient civilizations from years ago still surviving today. Why do you insist that they come from outer space. no organic organism can take the g forces that ufo go through, so i believe they are controlled from somewhere near by remotely. If aliens did exist, they would be known about, not hiding most of the time.

I finally saw a UFO myself. I live in Calgary and at the end of August I saw one!! It was headed north. I thought it might be a meteorite until it turned east. It had a brilliant long and large bright green contrail that stretched across the whole sky. I am still gobsmacked by the whole thing. Awesome

If I may say sir you are what I consider to be the modern day Albert Einstein in your mind expanding knowledge and outside there box theories. I thank and applaude you and please never stop searching. Your an amazing theorist and I say thank you again for all you have done to spread the knowledge you have accumulated in your travels across the globe.

You people are all nuts. There are no aliens. You are just white trash morons and Tsoukalicious is a nutjob.

Then why do you Spend time worrying about people who don't think the way you do. Mind your business and let people be who they are like you are entitled to be. We don't consider you too be white trash just because you don't consider that other possibilities are completely possible. You do you and let us do us and maybe give a hobby that doesn't involve scrolling thru things you do not like on the internet. I am positive that will reduce some self induced stress you have from not having anything else to do In your life. Have a great day and the truth is out there ✌️

Yes, if you don't like it dont look, but dont tear down those who are not satisfied with the narrative we have been fed for too long. We want answers and are not afraid to look in unusual places to find those answers. Only those who believe what they are being told without question are afraid of what they might find uf they ask tough questions and refuse to go along for fear of what the truth really might be. Me I want the truth, no matter what that might be.

Until you've seen one for yourself and hear the poor answers the government gives for what you saw you can't begin to understand. There are worlds without end says so in the Bible. They may be some of them who are visiting us? My father worked in San Diego at Convear building air craft at an open house I saw on the huge walls in black an white photos of flying disks taken by their pilot's. I myself saw one in day light down low an up close so did hundreds of other's in 1974 in NE Portland Oregonj.

Hi I live in the UK. I would like very much to communicate with Giougios Tsoukolos as I have had several personal daylight encounters with ufos in the past and have spent the last thirty years studying and comparing my experiences with the experiences of others from around the world. I believe that my experiences have led me to conclusion very similar to those of the ancient astronuat theorists and would like to share my events with him. Giorgio can contact me by email : mee.paul@me.com.

https://www.greatdreams.com/RNM.htm An Address Will Make It Easy To Find 3744 Atchison Street Riverbank 95367 The Beacon Transmits A Signal When You Become Aware. Avoiding Potential Call It Alien Technology....

To Giorgio. I would like to introduce myself named ben. And I have out of this world experience right now. So I'm asking you to help me what's really going on here. This is not a joke and nor fake. My contact is januslim@yahoo.com

Who's Your Favorite Cast Member? 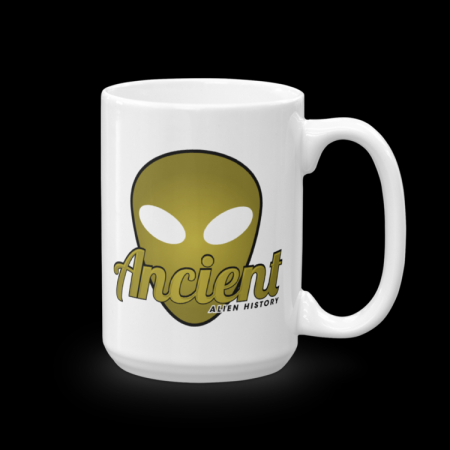 Nonetheless:
Neither this Website nor any view or opinion expressed in it, nor the context in which the Ancient Astronaut Hypothesis and its application, to any likeness of Ancient Aliens™, is approved or endorsed by, or is in any way associated with the production company, Prometheus Entertainment™, or A&E Television Networks™, The History Channel™, or anyone else connected with the making of the television series Ancient Aliens™.

This website was built with Webnode
You can also have an impressive website for free!
Try it out